Normally when planning my itinerary I look at the map of the country I’m visiting and decide whether to go north or south first, write down the names of some cities and go from there. I’m trying to do the same thing with Croatia, but it’s a little more difficult because of the country’s irregular shape. It’s not always easy to get from here to there. 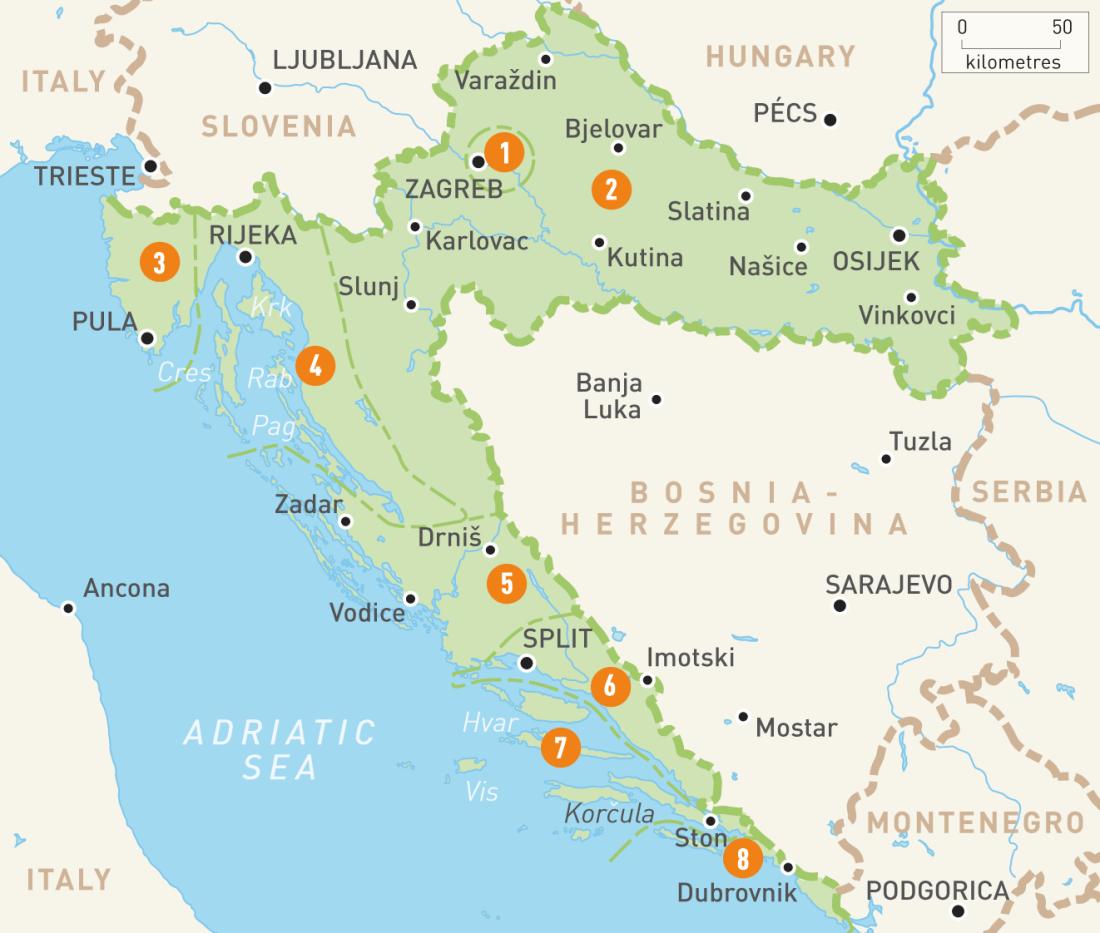 Most tourists fly into Zagreb, spend a few days and make haste for the coast. Croatia is a country of 1200+ islands, lots of beaches and a couple of “must see” cities, Split and Dubrovnik. I plan on taking a different route.

I want to stay mostly inland for two reasons. One, two-thirds of my trip is in October which is past the sunbathing season and two, so many of my previous trips have centered around beaches that I’m not as enthusiastic about them as before. I’ve also read that Croatia has mostly pebble beaches. I’m sure they’re nice, but I’m a white sand kind of beach guy.

After a week in Zagreb, I’ll visit towns/villages around it, such as Varazdin (north of Zagreb), Samobar (20 km west) and Plitvice Lakes (a day tour). From Varazdin I can take a bus into Slovenia for a few days if I want.

Making my way back to Zagreb, I will then bus my way to the far eastern border city of Ilok, across from Serbia. Places to see on the way include Vukovar, Marija Bistrica and Osijek, among others. There are regional foods and wines to be tasted and I believe the culture will be a little different than the capital and the coast; fewer English speakers, too, is my guess.

From there I have two choices. I can fly from Osijek to Dubrovnik and make my way up the coast, or I can take a bus into Bosnia-Herzegovina to visit Sarajevo and Mostar before returning to Croatia.

These plans are very flexible and I’m still doing some research. I have six weeks to plan for and I’m thinking I won’t stay in Croatia the entire time. You can see from the map how close I am to Italy, so a week there is also an option.

That’s my update. I’m getting more excited by the day. If you become a follower you’ll be notified every time I publish a post.