I needed four keys to get into my apartment. Three of the several hotels within two blocks of it (one next door) were named Love 62, Hotel Secret and Temptation. On every corner at the busy intersections pieces of paper were offered for a variety of businesses and services. Sometimes the offers were verbalized, such as the young guy who tried to lure me with “chicas, chicas, drogas.” In spite of, or likely because of all that I truly enjoyed my stay. During my few days there I didn’t see an obvious native English speaker. My kind of area. And as you’ve seen in a previous post, it had great street food. If one wanted to venture to the upper middle class section of Chapinero, it was only a 15-minute walk. Which I did because I wanted to visit a highly-rated cocktail bar, Huerta Bar. I ordered a mezcal cocktail. Very expensive ($10USD) for an average tasting drink. Mezcal is meant to imbibed straight, in my opinion. 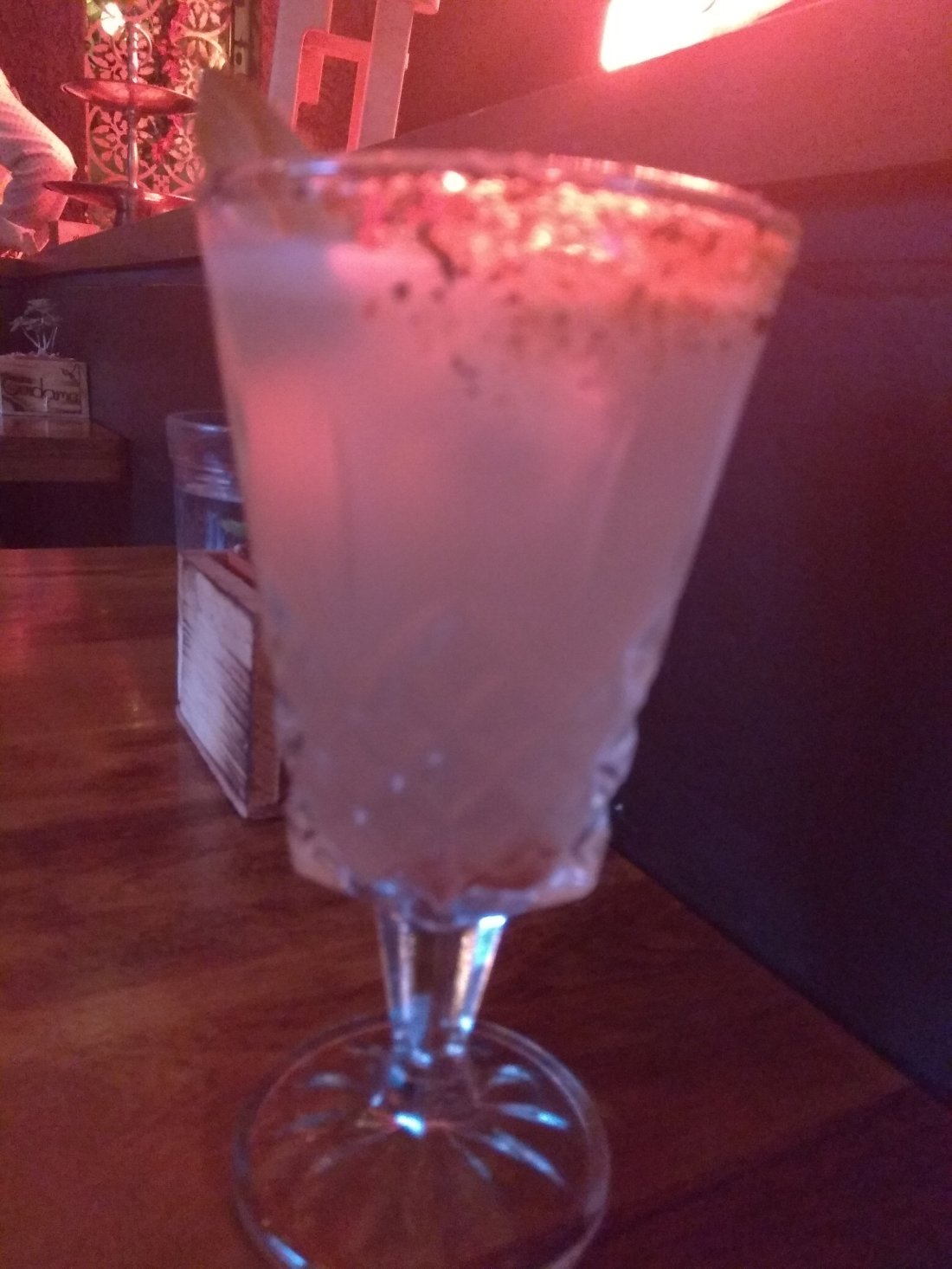 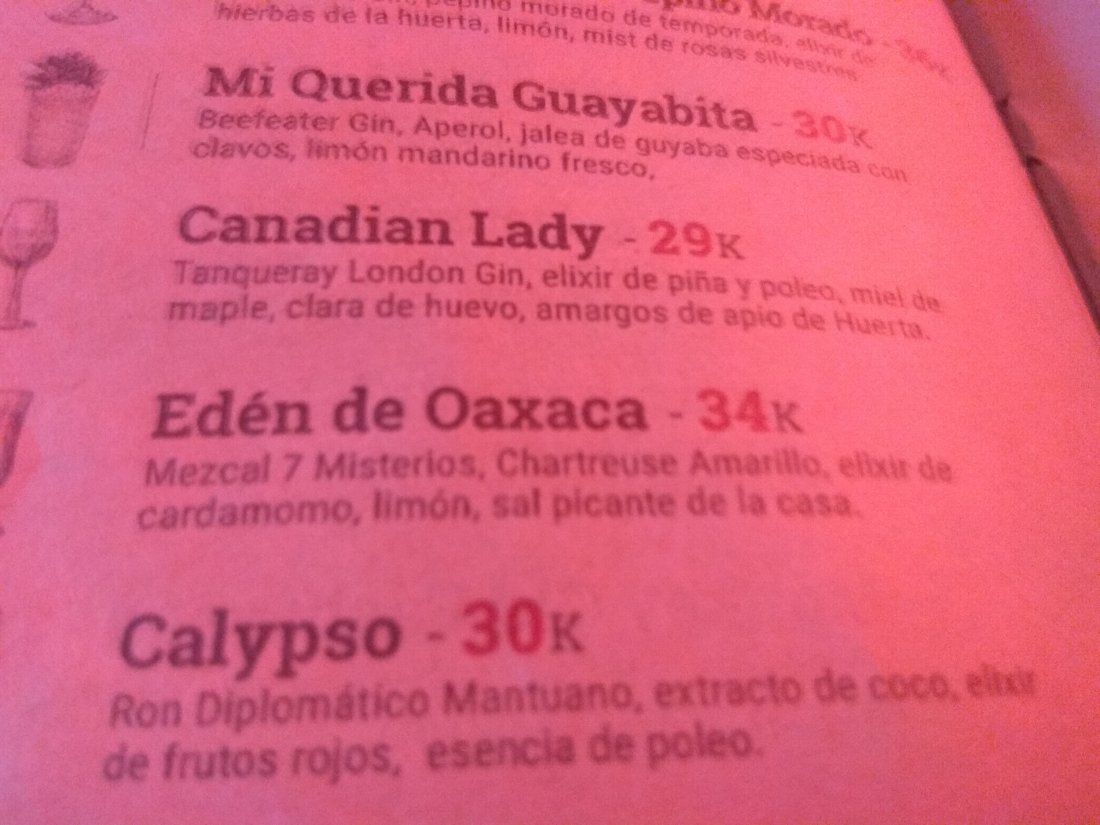 My ViaHero guide recommended this restaurant in El Centro. I ordered the ribs; I’ve had trouble finding good ribs at home so these tasted like the best in the world. They were really good, actually. One thing I can’t understand is rice and a potato included in the same meal. I saw this in Portugal, too. Coincidence or correlation? Club Colombia dark beer is tasty. After drinking this one, I bought a 6-pack at the store. 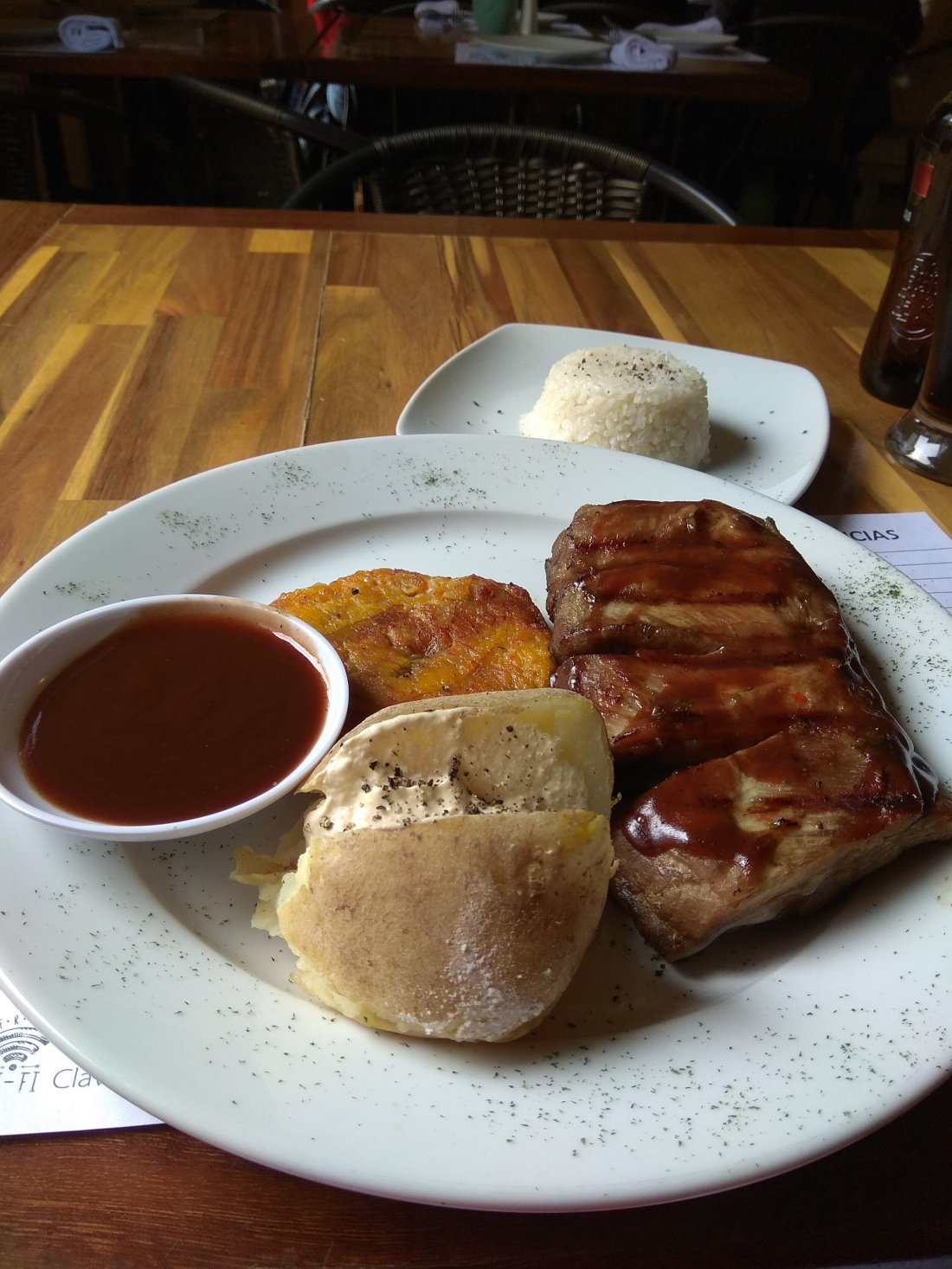 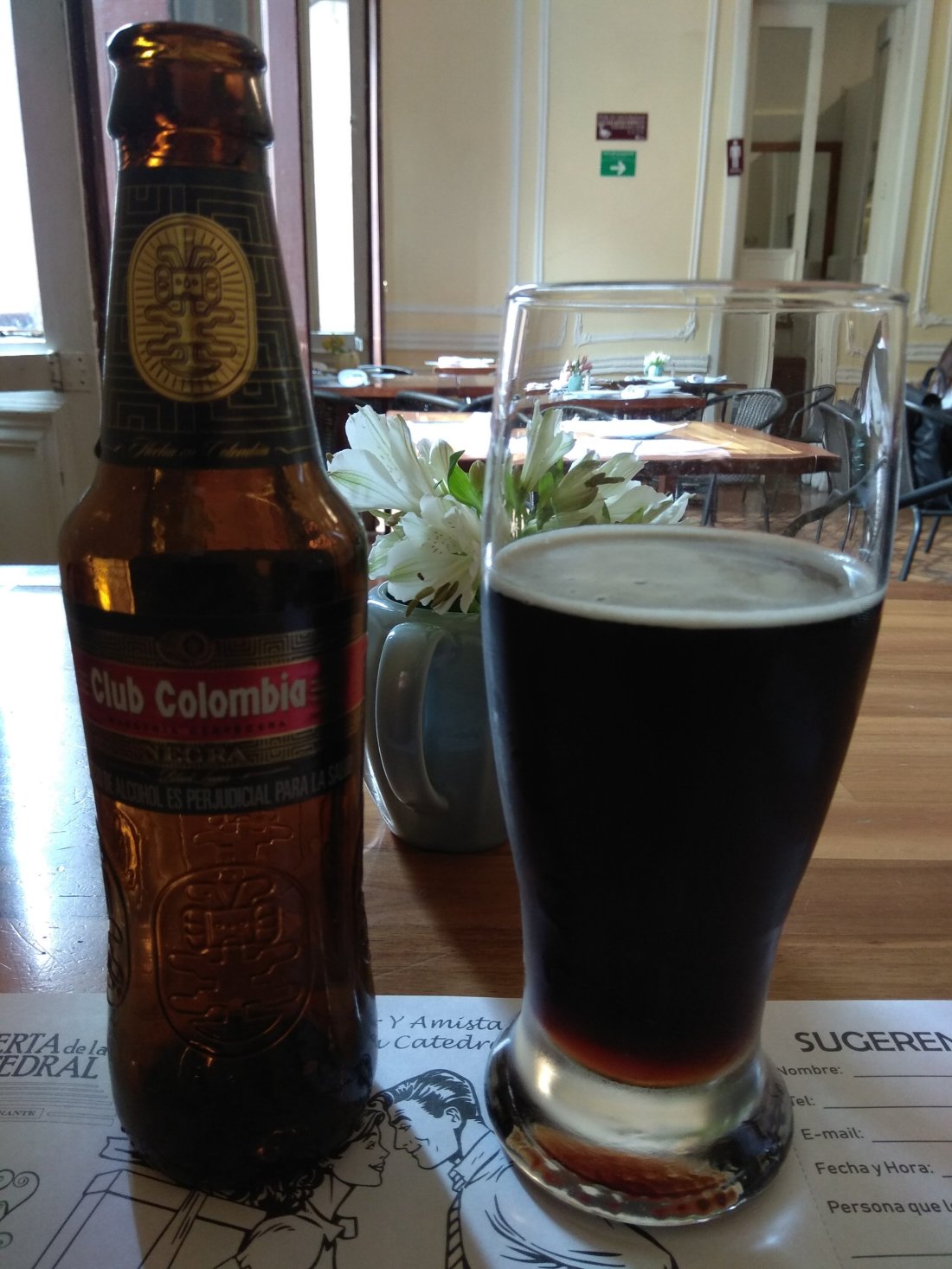 The best way to discover local cuisine can usually be found by taking a food tour. Due to a couple missing their flight I had what could be considered a private tour.My guide was a Chinese guy born in Malaysia who lived for a while in Papua New Guinea and eventually moved to Australia and became a citizen. That’s just a small part of his life.In between eating we traded travel stories and discussed our individual experiences living in countries around the world.The tour took place mainly in the largest farmers market in Bogotá. After the market we took an Uber to the center dessert and coffee. 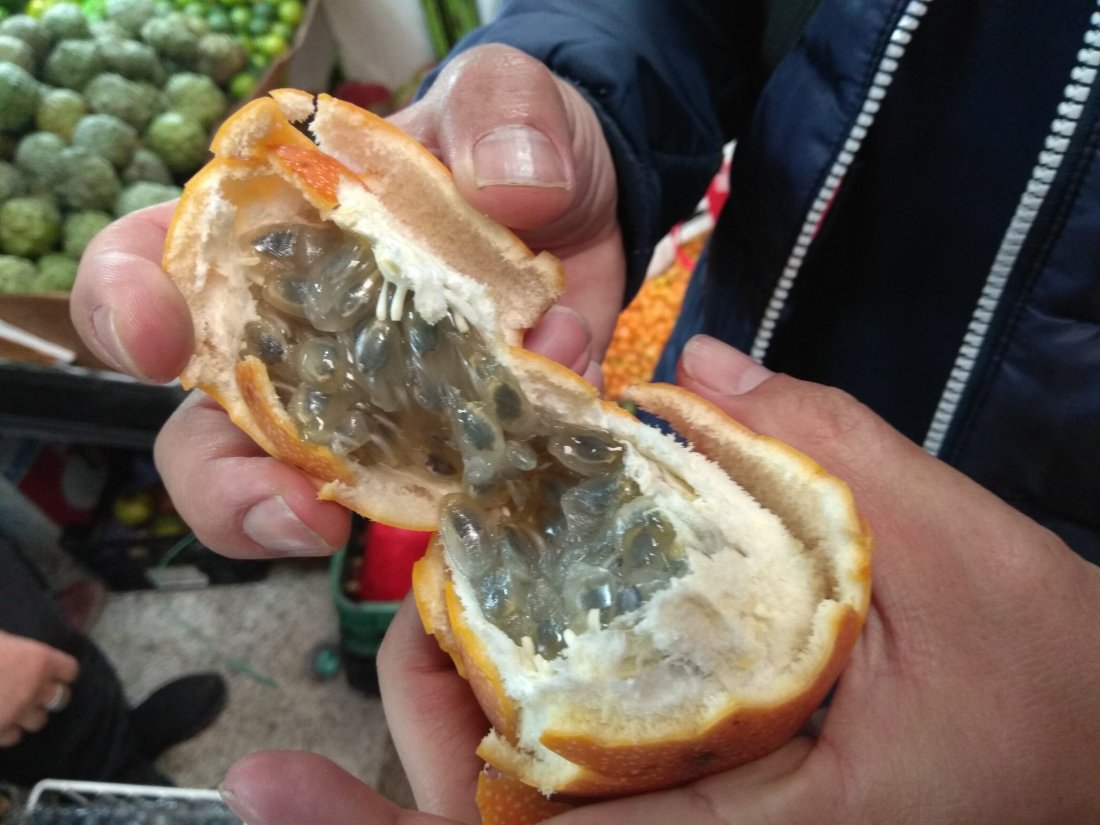 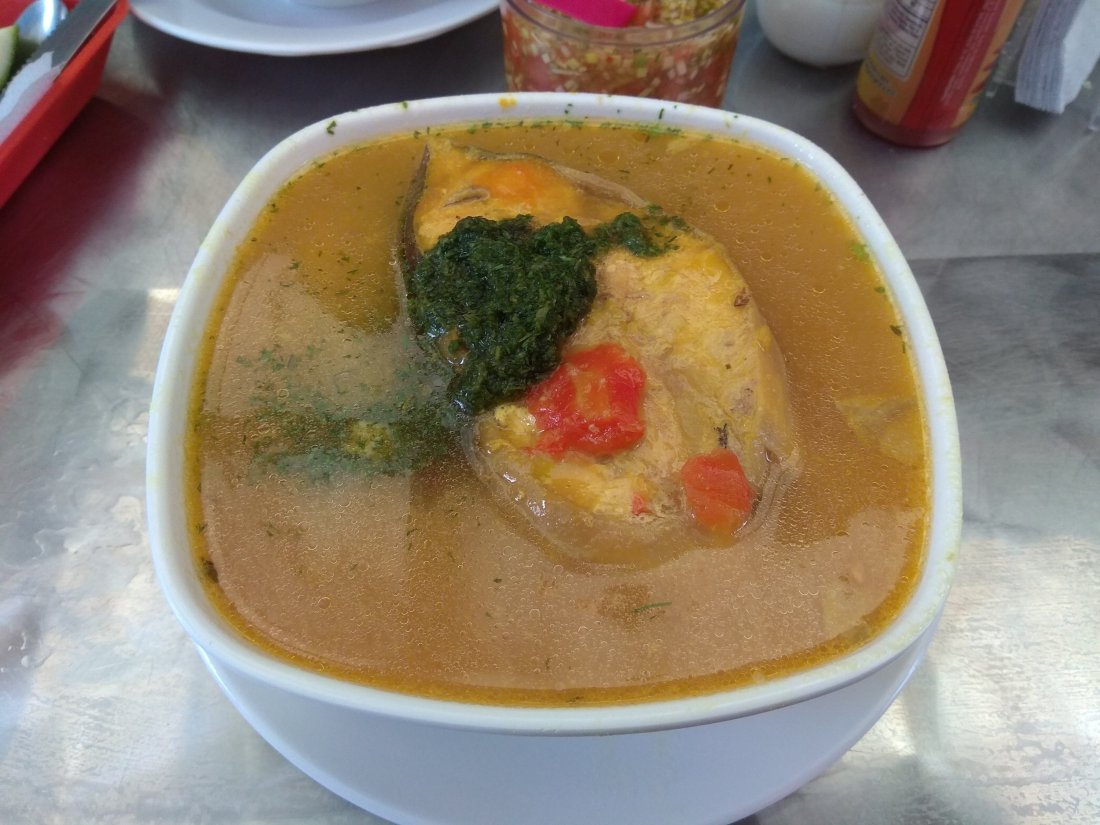 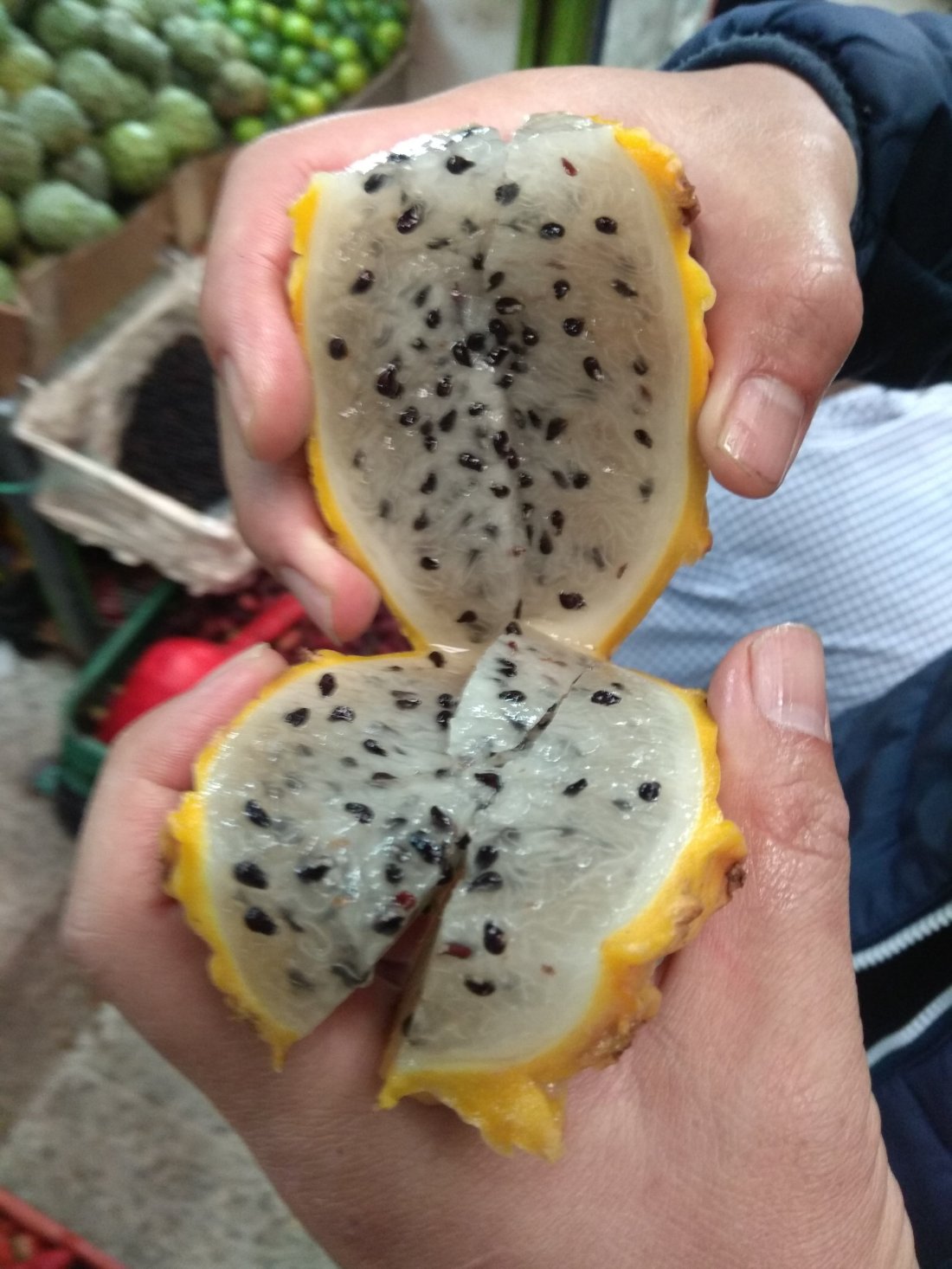 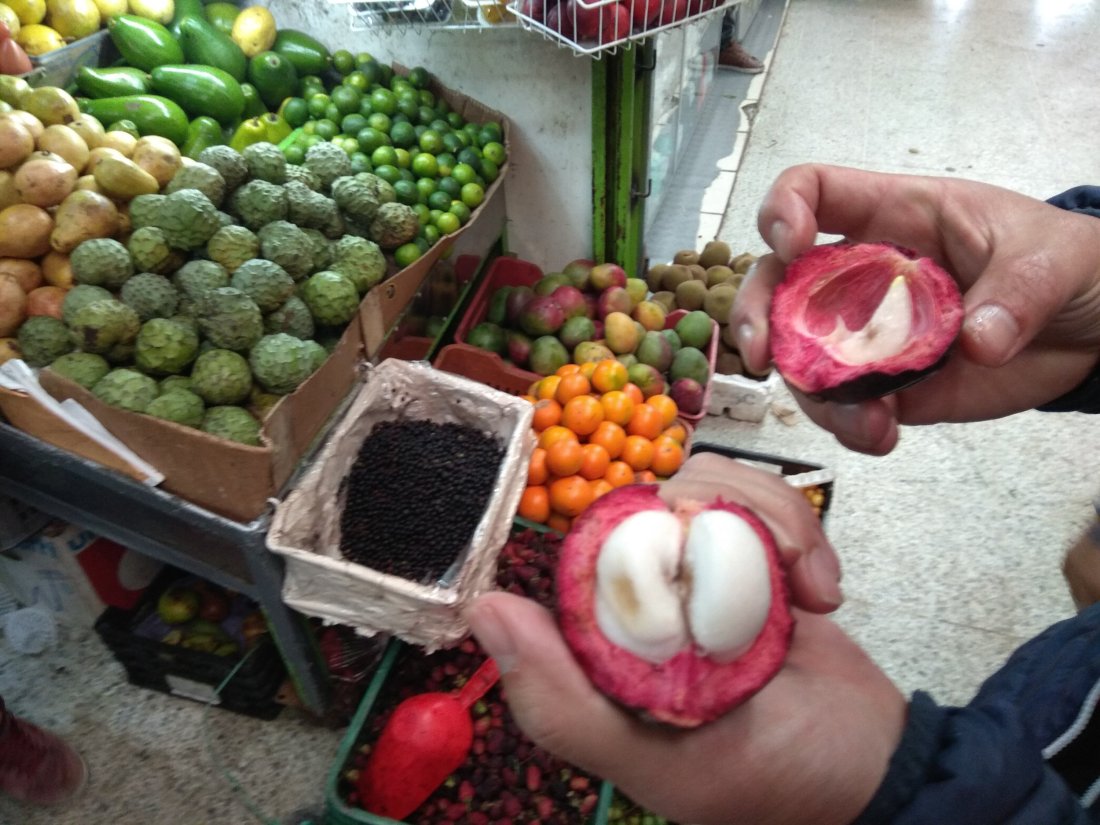 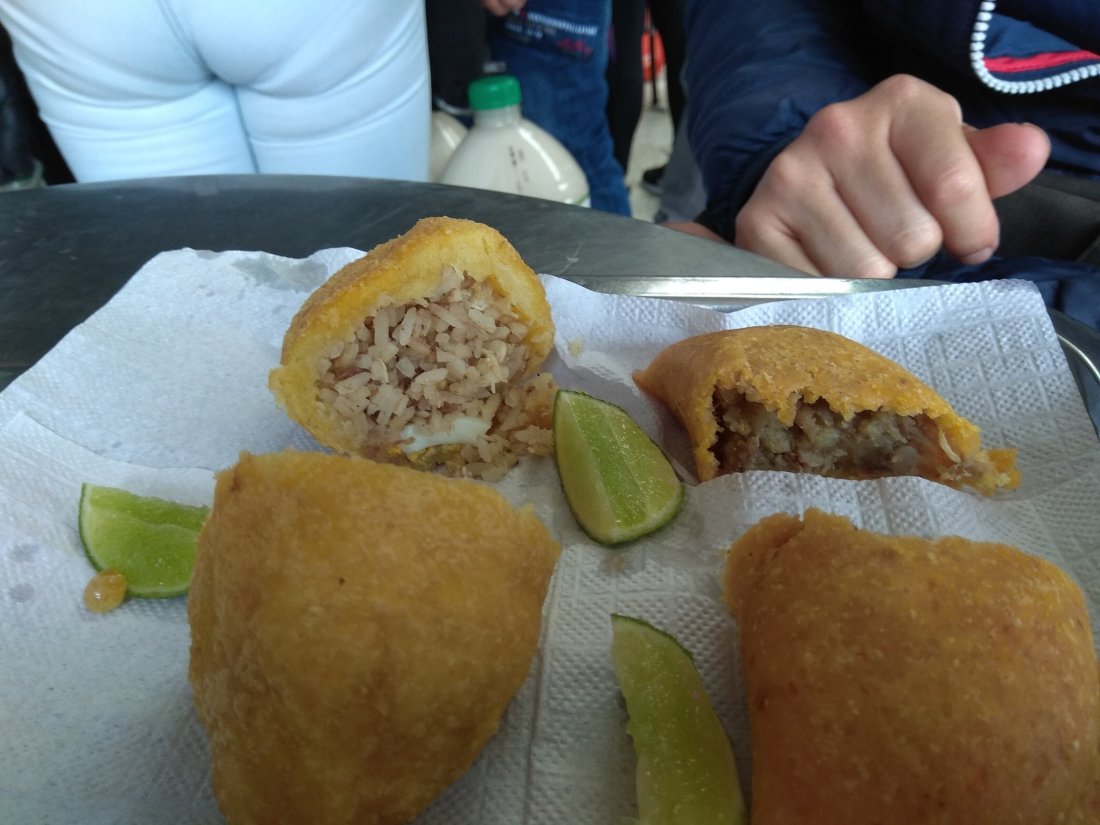 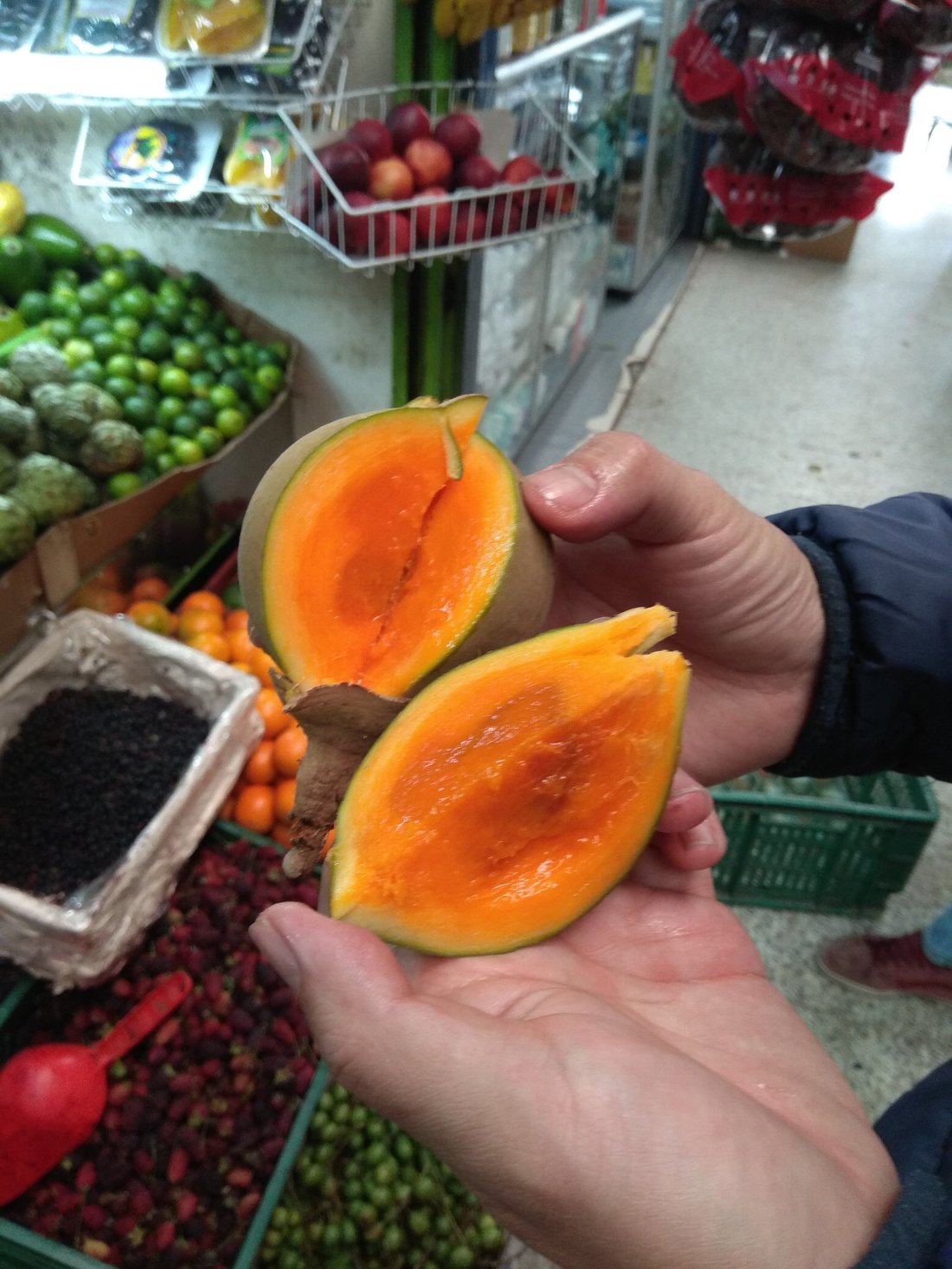 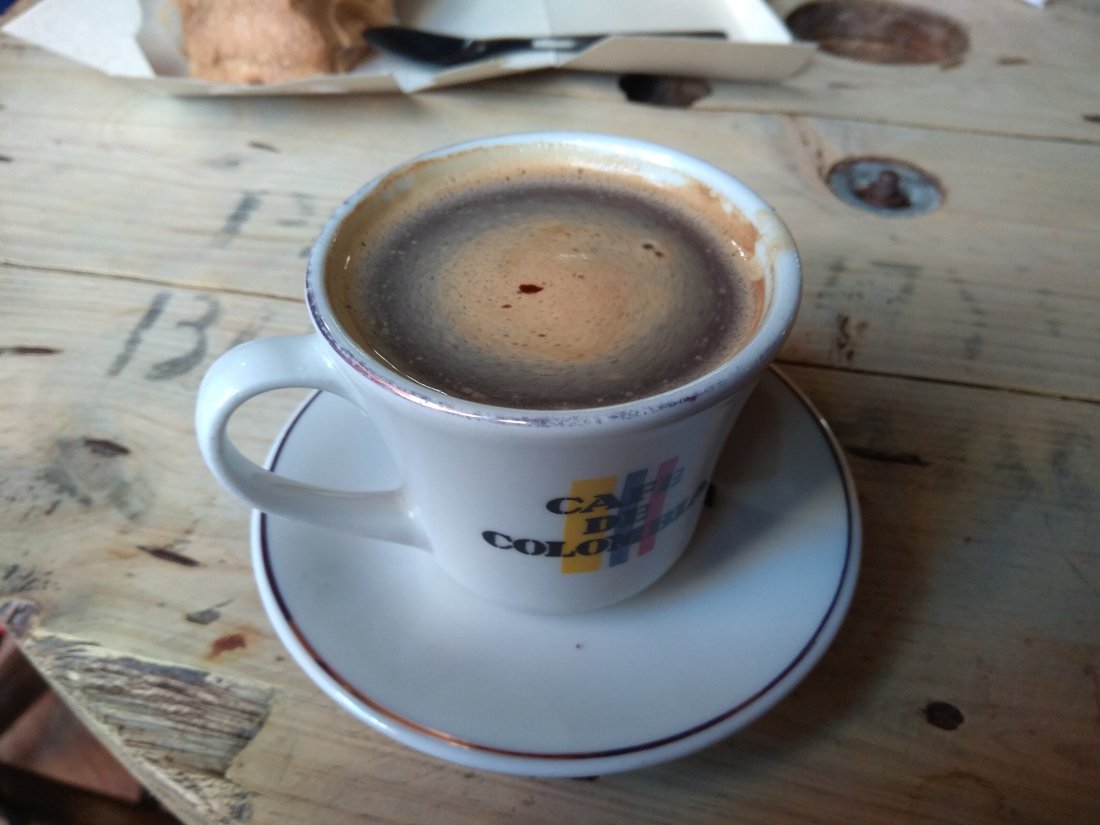 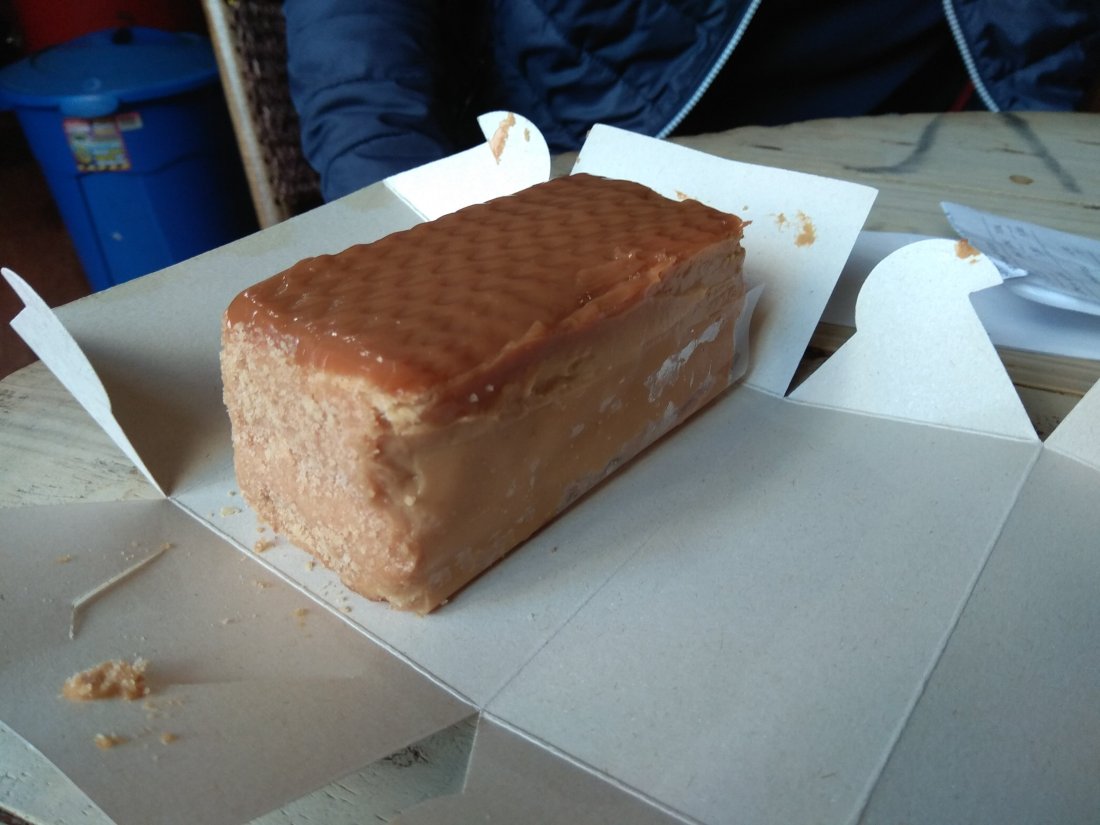 Description of photos: 1) a type of passion fruit, as slimy as it looks but sweet and delicious breakfast soup 2) sancocho de pescado, a popular breakfast soup 3) pitaya (if I remember correctly) 4) mangosteen, sweet like a lychee with a little tartness 5) the empanada on the left is made of yucca (pastel de yucca) 6) zapote, tastes a little like pumpkin 7) Colombian coffee sweetened with panela. I’m not a coffee drinker so if it was great I would not know it. 8) mil hoja, “thousand leaves” in English. Too rich for my taste. http://www.bogotafoodie.com/bogota-food-tours/

Took a trip to the northern part of Bogotá. Usaquén was an independent city until it was swallowed up sometime in the last century. Still has a colonial feel in parts of it. I ate a good pizza and relaxed in a park, away from the hustle of the city center. 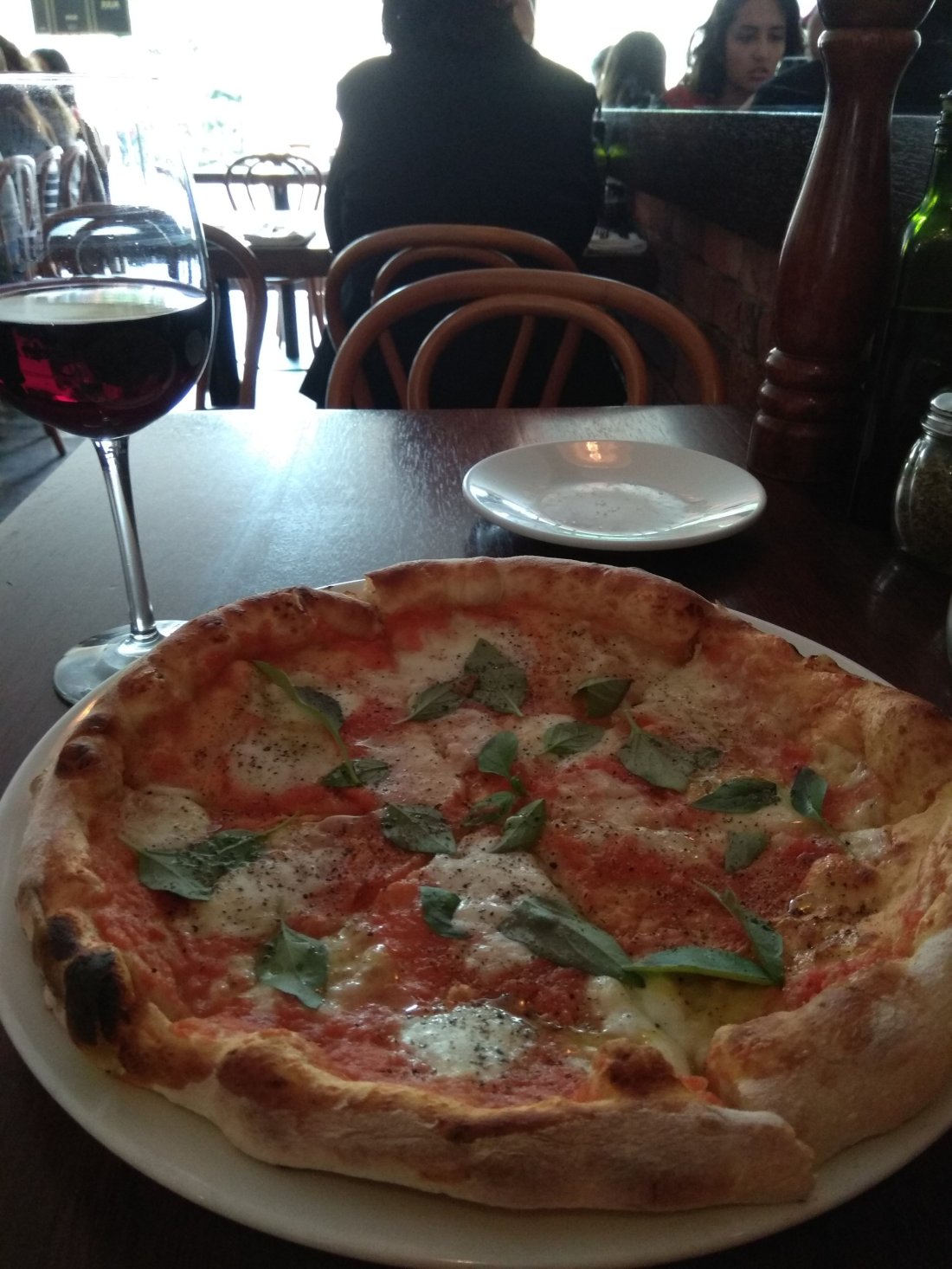 Almost every person I encountered was cool, but overall I wasn’t impressed with Bogotá. Can’t say why exactly. It just didn’t measure up to other large cities where I’ve lived and visited.