The more I travel the more my trips focus on food and people. Museums, churches and ruins–well, I’ve seen enough of them to last me until my final breath. There will be exceptions, of course, as I found a museum here that intrigued me.

I’ve taken 5 Ubers so far and none of the drivers spoke English. I don’t expect that to change over the next 3 1/2 weeks. This means my Spanish improves with each ride; my confidence has surged and I have found that my knowledge of grammar and vocabulary is greater than I thought. We’ve had some wonderful conversations once I say, “Habla lentamente, por favor.” (Speak slowly, please.) 😁

If you want to be educated about the social and political struggles and issues of the indigenous peoples of Colombia, take the Graffiti Tour. Led by actual graffiti artists, they explain the background of the artists whose work you’ll see, the messages behind the works as well as the history of graffiti and street art in Bogotá. The two terms are often used interchangeably, but are different. Graffiti is word-based; street art is image-based. We saw mostly street art on the tour. 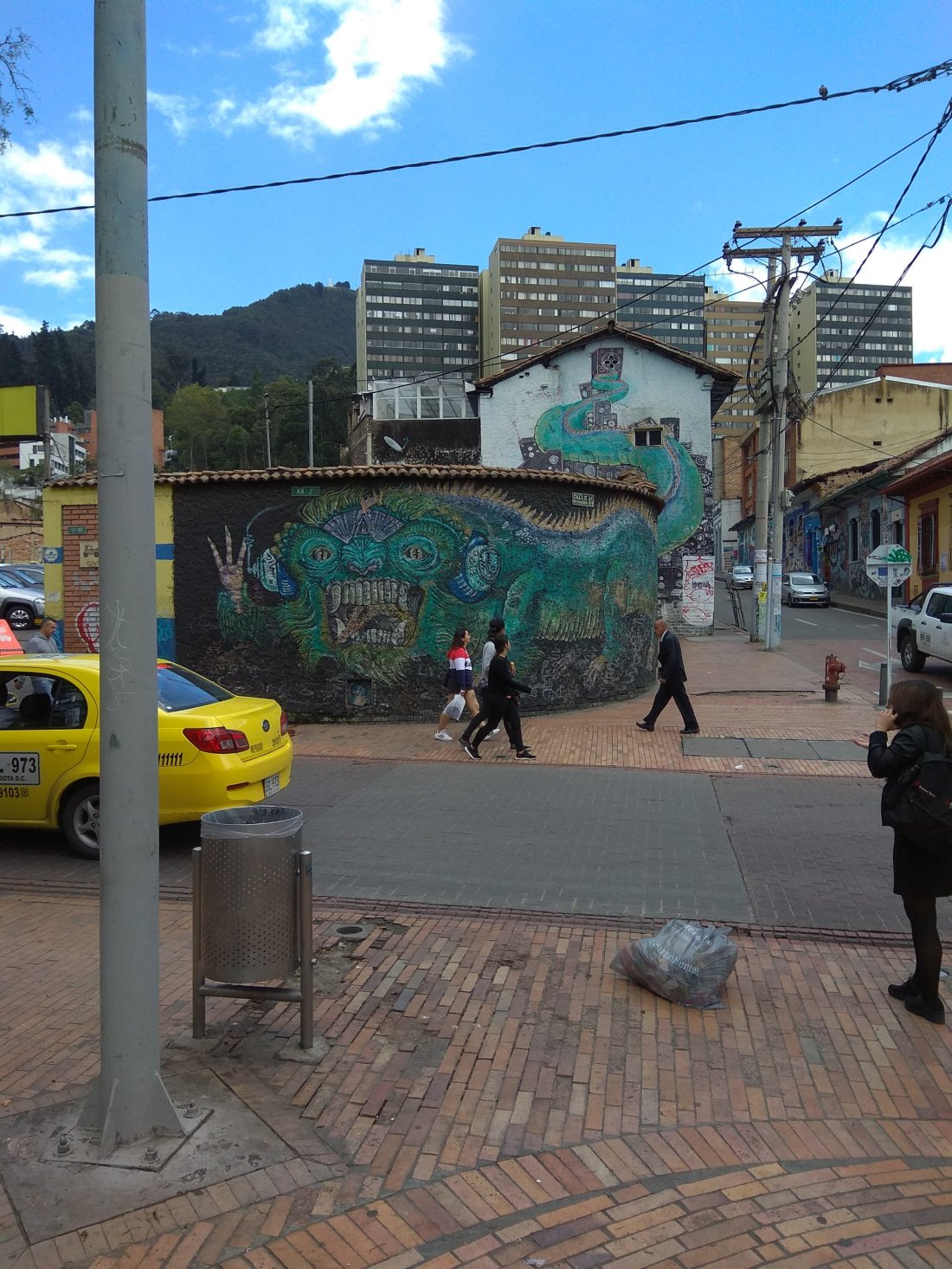 We had the opportunity to watch artists working on a new project. They are funded by the organization that gives the free tour. A percentage of the tips they receive they give back to the community. Very cool! 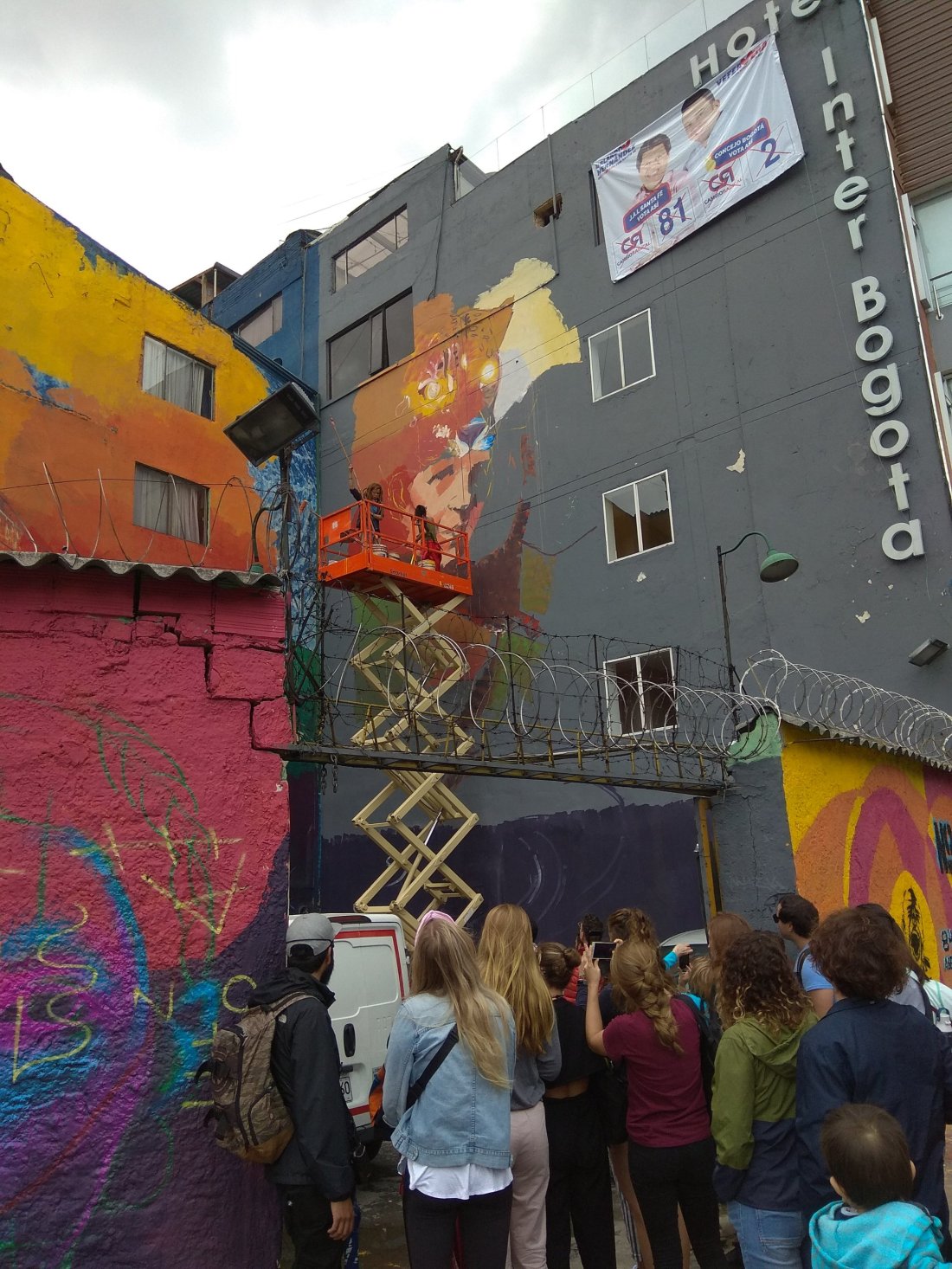 Fernando Botero Angulo (born 19 April 1932) is a Colombian figurative artist and sculptor. Born in Medellín , his signature style, also known as “Boterismo”, depicts people and figures in large, exaggerated volume, which can represent political criticism or humor, depending on the piece. 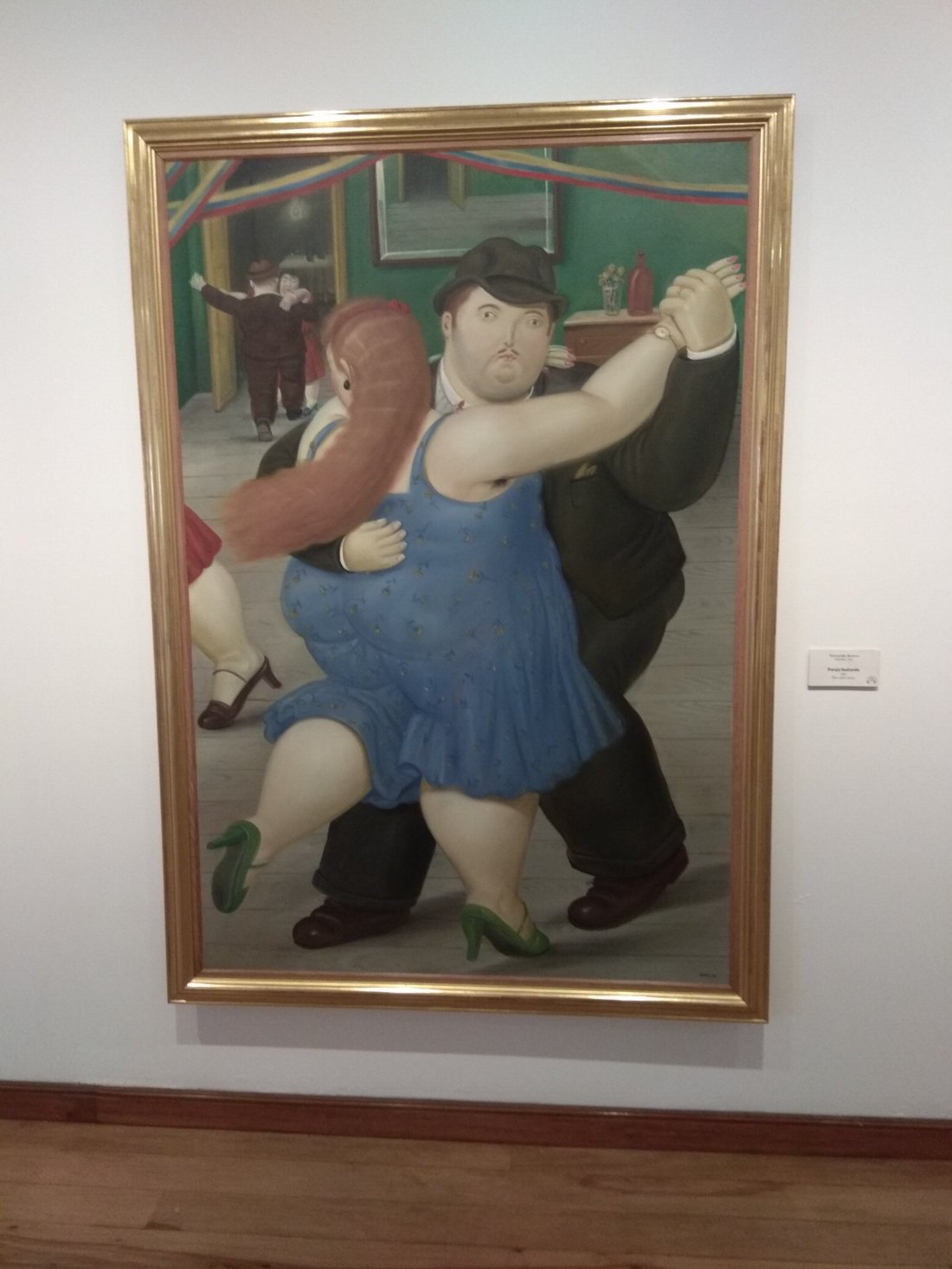 The black and white piece is Adam and Eve.

While I ate food from the street vendors when I lived in New York City, it wasn’t until I got to China that I became a street food fanatic.

We’ll start with photos of lechón, arepas and empeñadas. 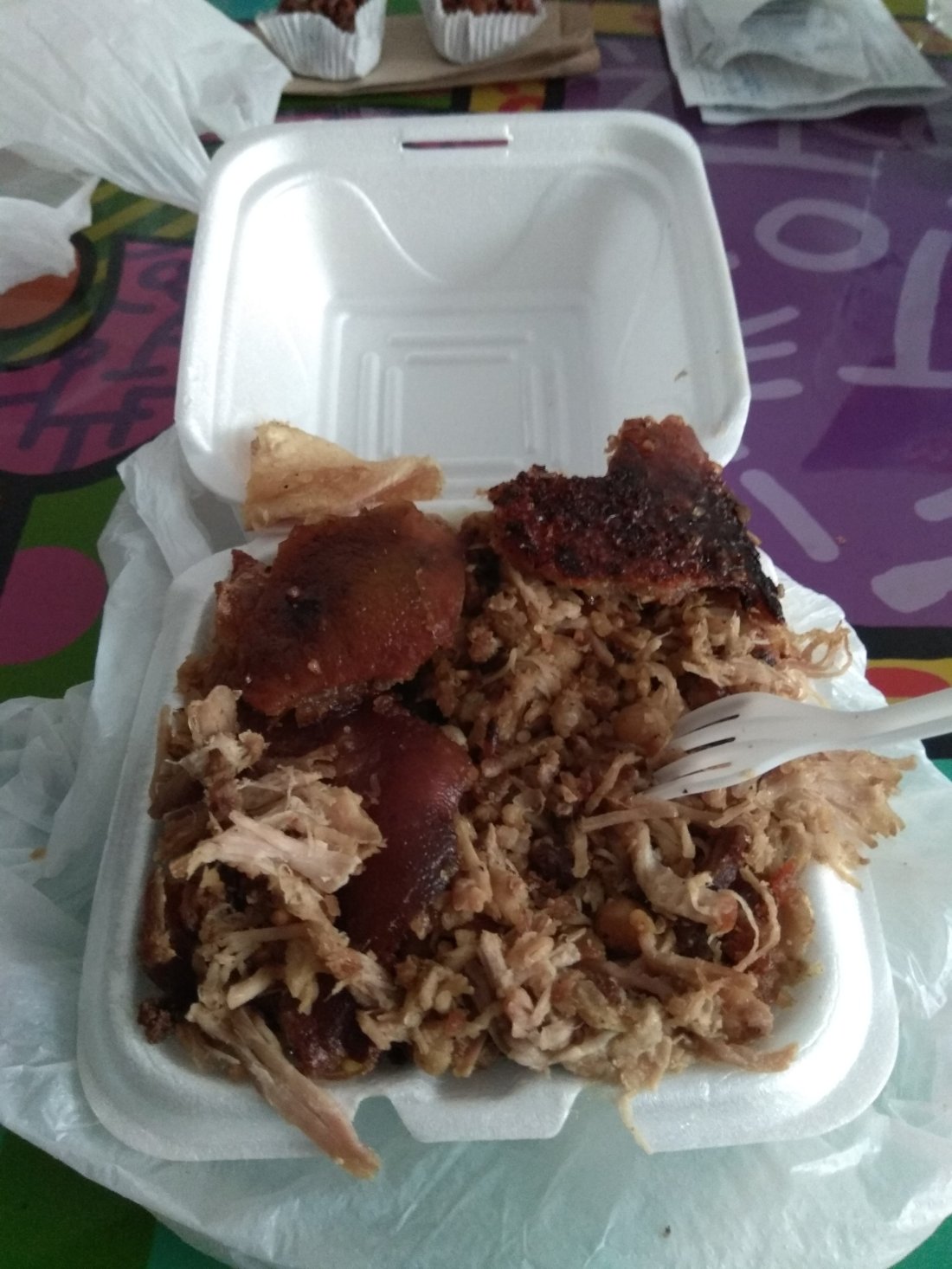 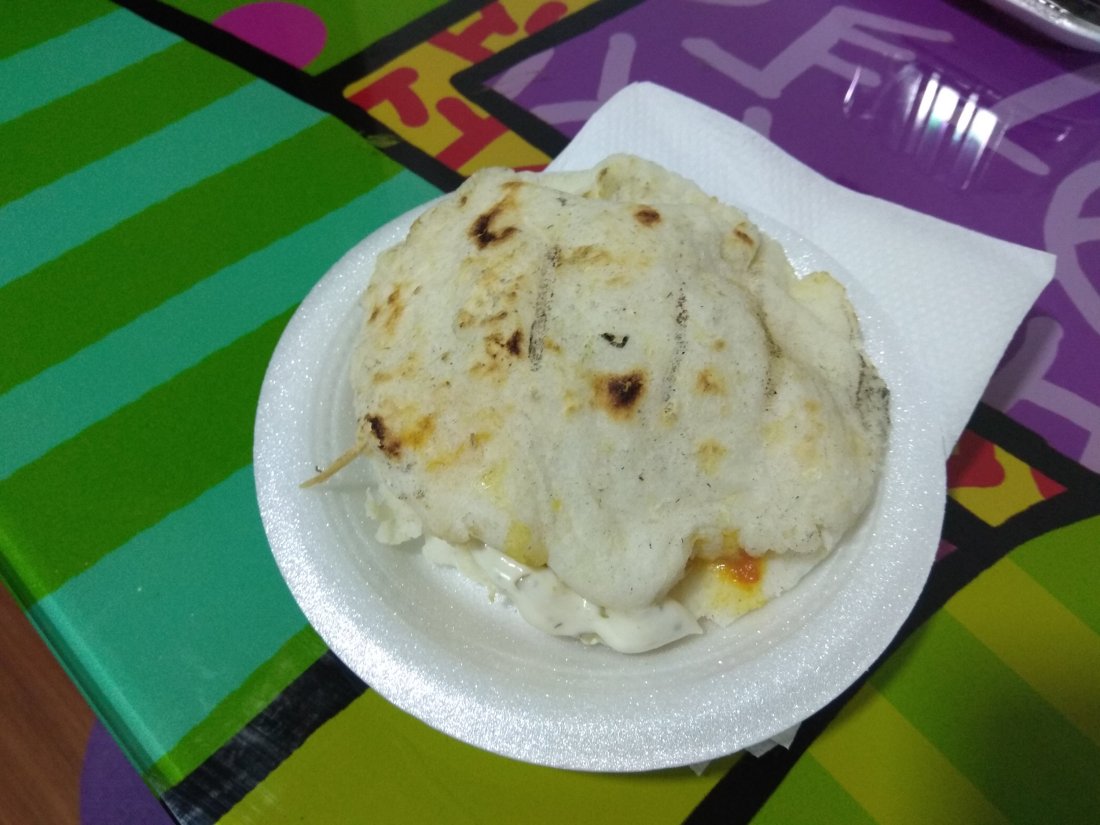 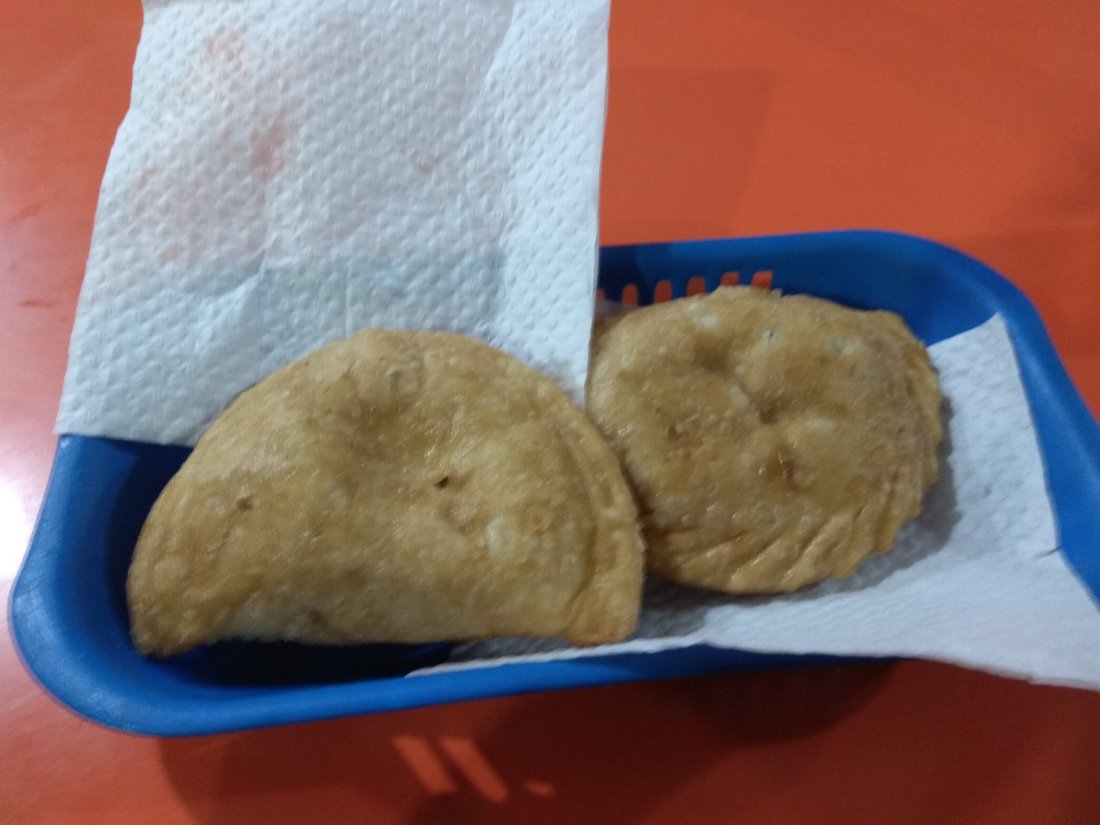 Next is a dessert/snack made with shaved coconut, nuts and panela. Panela is raw, unrefined cane sugar from Colombia. With a lightly sweet molasses taste and warm, caramel undertones. It’s a unique ingredient that’s flavorful and aromatic. Panela has been traditionally handmade for centuries by dehydrating
raw sugarcane juice over low heat.

This is my new favorite street food sweet. 😋

That’s it for now. Next post will include some restaurant food, a description of where I’m staying in Bogotá and other stuff, I’m sure.